I have so many updates for you in terms of romance. 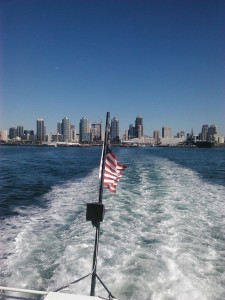 Valentine’s Day was Amazing this year. On Saturday I had a Mariachi Dinner with Jayne*, she loved it. On Sunday, I had Palentine’s dinner with a friend. Friendship is the best of the loves. Then Monday and Tuesday I was in San Diego with Trace*. I have been seeing Jayne since September. We are both in our first polyamorous relationship and it has been such a learning experience. I have a longer history of on-and-offs with Trace. We are currently in a situationship. She is monogamous though, which complicates things. How can a monogamous person date a polyamorous person? I do not know, as of right now, we are making it work.

I also saw my ex this week for a salsa concert. Which made me a little melancholic because 1. Gilberto Santa Rosa has the most romantic salsa on earth and 2. We went to so many of these events together throughout our relationship. It makes the guilt come back to remind me that I had someone that I was extremely compatible with and that I ruined it. Guilt is lying though, I did not single handedly ruin it. It takes two to tango. Plus even though we seemed so compatible, I was very unhappy throughout our time in California. I was a lot happier when we were together in Brooklyn. That being said,

guilt will come to chase you and you just have to run faster.

It is interesting that we had the same but opposite experience and we had the same but opposite response. If there’s something that I came out with from my last breakup was trusting my instincts. This requires me to give up my hopes and daydreams. Understanding that the small voice inside of me is thinking ahead, it’s seen this before, it knows where this road leads.

I knew when my ex left New York City that I was extremely hurt by her abandonment. I was hooping to get over it. I supported her decision, and encouraged her, to apply for jobs here in LA. She was having a hard time in New York. But I did not know was how this would affect me, and the relationship.

By the time I got to LA, six months later, the whole thing was broken. I could not trust her with my heart since she had no problem picking up and leaving me behind in a span of about a week. It all happened so fast. I had to give away her clothes, move apartments, put our furniture on craigslist. The dog would roam the house looking for her, waiting for her to come home. She left me alone with a pile of shit to deal with and came to live the life in California.

I thought I could move on once we were back together. I thought the distance was the root of all the evil and that once we were near each other again, the feelings and the trust would return. (They did not). I ignored the parts of me heart that could no longer believe in someone who so easily just LEFT ME. From then on, I have a rule:

When in doubt, go with your gut. 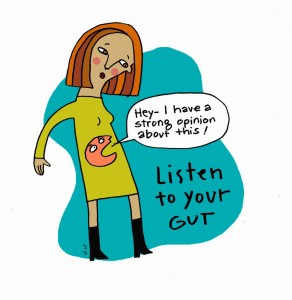 People will lie to you, you will lie to yourself. But in the depths of consciousness there’s still that compass of self protection that will continue to point to the north. Follow the arrow.

It is hard to trust yourself when your instincts have failed you before. When you were convinced that you had something that may or may not have existed. But go back to that time, to the moment, really. I bet it seemed like a good idea at the time to let go of yourself, to alleviate the pain of betrayal by denying it. It is a lot easier to sit and think that you were unworthy and “not enough” and make poor decisions, than it is to accept that this precious thing you handed to someone so carefully, YOUR HEART, was dropped. For some bizarre reason, and I have seen people do this a lot, we tend to justify the shortcomings of our loved-ones at our own expense. We make excuses for their behaviors and exonerate them.

Forgiving yourself means giving yourself permission to make mistakes, understanding that most of life is playing trial and error until something works. It also recognizing our faults and taking responsibility. It requires us to separate what we did from what they did and being able to let go of both. Not an easy task but once it’s done, the voice that has been saying “I told you so” will stop pointing fingers. And you will have you back.

I am curious as to where you found support after the crisis. How did your friends and family react? What reasons did you give them for the break up? How long did it take you to move to Portland?

I hope this week brings you lots of blessings.

Nora
*Jayne and Trace are not their real names. But they both approved these aliases.