You never need to apologize for writing me about your hard days. Of course don’t take it down! For two reasons: one—it is real life and that’s what we’re writing about, and two—I’m going to have those days too, and I want to feel free to include them in my letters. Even when things are dark and not a sliver of light shows through.

I knew you had asthma as a child, but I had no idea to what degree it affected your life and family and childhood. I can’t imagine the memories that come flooding back when you get sick with something like bronchitis. Is that a part of why you are going to become a doctor? Or your experiences as an immigrant outside of the healthcare system?

You said “The homelessness that I try so hard to evade, instead invaded me.” While that is devastatingly poetic, it is also heartbreaking. I’m so proud of you for calling your friends, even if they’re not emergency contacts, even if they’re not “home”. They’re there. And “there” goes a long way. I think our lives our essentially just a story about the people who show up. You’re such a beautiful human being my dear, I have no doubt that the wonderful vibes you’re putting out into the world are going to attract some equally amazing humans. But I know that’s now for you, so it’s not helpful. I’m so sorry you’re hurting.

Thank you for spoiling me with two letters and patiently waiting for me to reply. I was telling my friend it’s like Christmas morning whenever I get a new letter from you. I am so impressed by your celibacy and crafting! The boxes are beautiful! 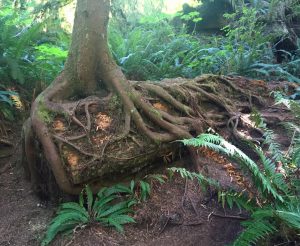 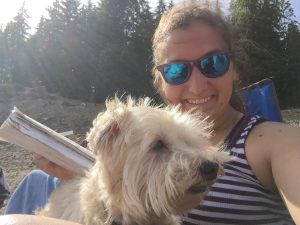 Camping up in the Olympic National Park this past weekend with friends (including this cute doggie Jazzy!)

This is going to sound obnoxious: but it’s an adjustment to not have a partner to have sex with. As a serial monogamist, I’ve just taken for granted that I can have that on the regular. Thus, the online dating. Here’s an update on what I’ve learned so far:

I think the only part I’m really struggling with right now is… where does this go? What is the end game? It’s so hard-wired in me that dating leads to relationships. I still know ultimately I will want that again, a monogamous relationship with a partner. But I don’t want that now. So where will these fun new explorations lead? Maybe that’s the point… that’s why they’re explorations because we don’t know where they lead. I guess I’m just not good with that uncertainty.

You’re going to meet-ups! That’s awesome. I’ve made some great friends through meet-ups and just generally it helped me feel less alone after I moved here. I don’t really love the ones that are just like “meet and greets” because it feels more awkward to introverts such as myself, but any activity-based outing, such as playing kickball or board games or book clubs or capture the flag have been so much fun. I think if nothing else, it’s a good reminder that there are a lot of other people in your town who feel kind of alone too, and are also looking for connections… I find that comforting. We’re all alone, but also, kind of in the same boat. Now I see when Elise has RSVP’d for the same events as me though, so I’ve been going to less. But conveniently, I’ve been filling up my time with friends and dates and me-time anyway, so it’s ok.

If last month’s theme was “restoration” for me, this month’s is “know your worth”. I had this fear that if I stop dating these fun life-of-the-party girls I would stop being invited to things.

But the truth is, I’m pretty fucking spectacular on my own, and it turns out people like having me around just for me.

I made this list of things for therapy that make me feel happy and like “me”, back when I was still with Elise and really struggling with some anxiety and depression. At the time I had to consciously make myself do them. The other day I pulled out the list and I had done every single one of those eight things that week without even trying. Being alone has allowed me to naturally take care of myself, and it just fills me up to overflowing and I have more energy to give to others now too. It’s like the more I invest in myself, the more there is to invest in others. 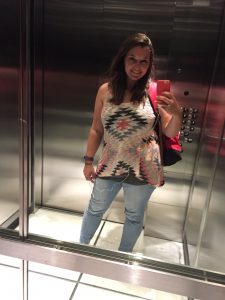 My “body issues” feel so fucking cliché it makes me mad just thinking about it. The fact that I look in a mirror and care that I have “extra weight” bothers me 1,000x more than the weight itself. When I don’t focus on a stupid arbitrary standard of what my body “should” look like to “be sexy” then I actually often feel sexy and healthy and good. Unfortunately, it is drowned out far too often by a voice calling out my imperfections. That voice speaks a message so far off of my values that I’m embarrassed I can even hear it. I told my friend the other day “I just find it hard to believe I’m anyone’s actual type. I’m too big to be skinny, but not quite big enough for plus size, I’m just this awkward in-between.” So I relate to you on the “not enough” fears. I likewise have never been the most feminine or masculine, just sort of a blah in-between. I guess that would sum up my general feelings on my body… I’m a blah in-between.

So those are my fears and issues. Luckily that’s not the whole story. I’m learning and working to love myself better. To physically accept myself as-is, and not just waiting to love myself when I’m x number of pounds thinner. Honestly, part of that lately has just been accepting affection and attention and compliments, without holding my breath thinking it’s only a matter of time before she sees my imperfections.

I don’t want to be yet another woman who lives her whole life in disgust and displeasure with her own body. What an utter waste, and a sad way to inhabit my physical self. I am healthy and strong and yes, even sexy. My body deserves love and acceptance and care.

I am so excited for whatever you have planned for us in L.A. I’ll be there soon!

P.S. take your vitamins (I liked your smiley face calendar system, by the way)

One thought on “Knowing your worth”